Depending the group and weather we will either start from the north part of the gorge or from a path which pass very close to the sea and ends up in the gorge.

You will not be disappointed with either of the above routes, both are great and end up in a superb beach.

Pick up from Heraklion city and near by is for free. If you are staying further from Heraklion, please get in touch with us to discuss the best possible option for transfer.

The monastery of Odigitria is a monastery of great importance and historical value and one of the oldest in Crete. It is located at the west edge of the Asterousia mountains at an altitude of 250 meters just 2km before the starting point to Agiofarago. The monastery was built like a fortress and part of its wall is still visible. The buildings of the complex surround the central two-aisled church of the monastery, dedicated to the Assumption of the Virgin Mary and the Apostles Peter and Paul. There was a third aisle, dedicated to St. Fanourios, but it has been demolished.

As the group approaches to the gorge a small church of St Antonios surrounded by the rocks of the gorge as it can be seen from the highest point of the route from Kali Limenes to Agiofarago and also from the second route (the one from the monastery). From that point and 200-300 m at the back and to the left there is the gulf of Vourvoulitis; descending into it is dangerous and requires special attention. Two meters before the water you can dive! Ascending is much easier. For the bold ones there is the possibility of free diving!

Price Includes: Local guide & transport from Heraklion.
Not Included: Picnic lunches during the walks and everything that is not listed above.
Period: All year long.
Group Size: 2-15 participants.
Difficulty: The Agiofarago hike offers an easy hike for everage and fottnes level including children. The total hike including the return is about 2-2.5 hours.
Participants should be in good physical condition. Experience is not essential. 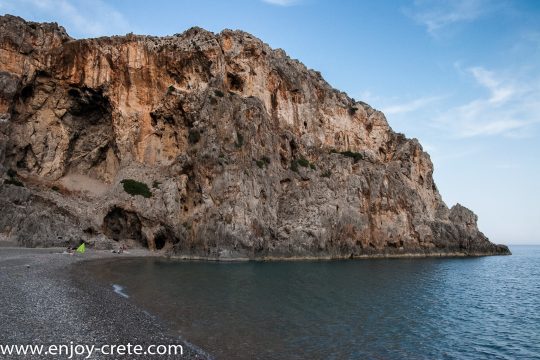 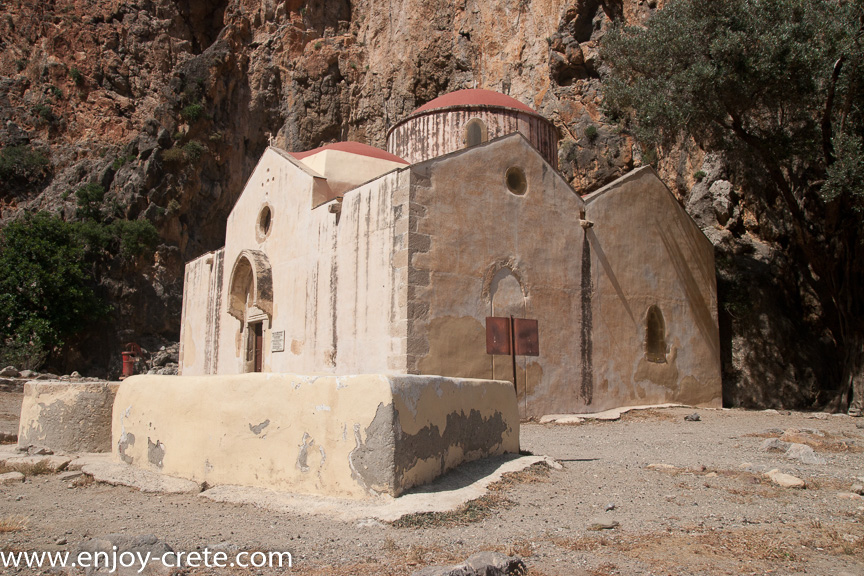 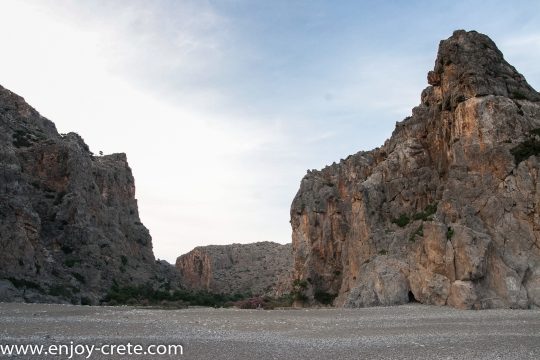 During the hike we will visit to the historic monastery Odigitria and also the beautiful beach in the west near Matala which called "red sand".

The hike offers a great view to the sea.

Best suited for hikers that traveling off season (October-May) due to been in low altitude thus having higher temperatures during the summer.

Duringthe hike we will find Byzantine churches, remnants of fortifications and aqueducts. Part of the hike has great views to the Libyan Sea and the Messara valley crowned by Psiloritis, Kedros and the White Mountains. Final destination is the small village of Matala.

There are many artificial caves in the cliff of the Matala bay were created in the Neolithic Age. In the year 220 BC., Matala was occupied by the Gortynians, and during the Roman period, Matala became the port of Gortys. In the 1st and 2nd centuries, the caves were used as tombs. One of the caves is called "Brutospeliana" because according to the legend it was frequented by the Roman general Brutus.

Matala was then a fishing village. In the 1960s, the caves were occupied by hippies who were later driven out by the church and the military junta.

Booking Info: Please contact us via email if you need transport, your hotel address and name along with a telephone in case we can't reach you by email and the dates you are interested in to do the trip. We run hiking trips in a weekly basis all over Crete. 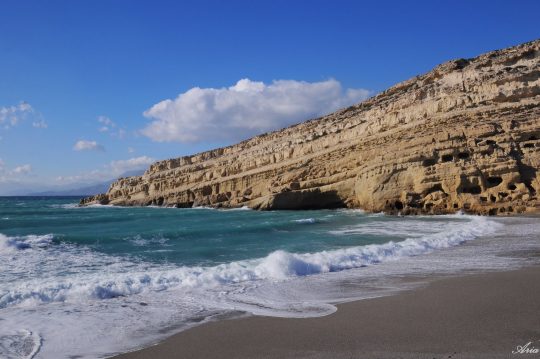 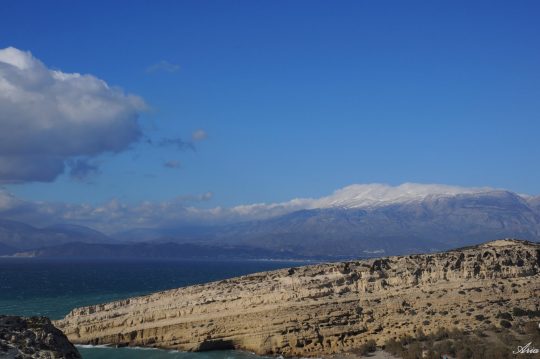 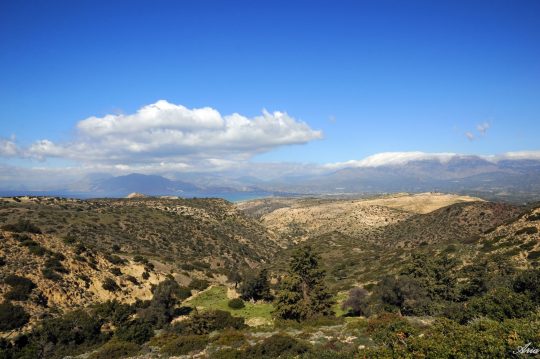 Paddling in Crete is somehow unique. With an outstanding landscape and lively sea conditions, sea kayaking is at its best.

Katrin suites in cooperation with Enjoy-Crete offering you unique paddling expirience.With a large fleet of boats (singles and doubles) and multiple different models, we got a true sea kayak for every body type.

If you are not an experienced paddler or never paddled before why not joining in any of our coaching sessions? We got even pool sessions to learn the Eskimo Roll!

Cost for day trips is at 80€ per person and there is a minimum of 4 participants.
Coaching session is 4 hours and cost 80€ per person.
Eskimo Roll session cost 50€ for an hour with a 1 to 1 ratio. A second participant is welcome to join. For larger groups, we will need to split the group during the day.

No matter if you are interested in a kayak trip or a coaching session please get in touch with the reception to ask more details. 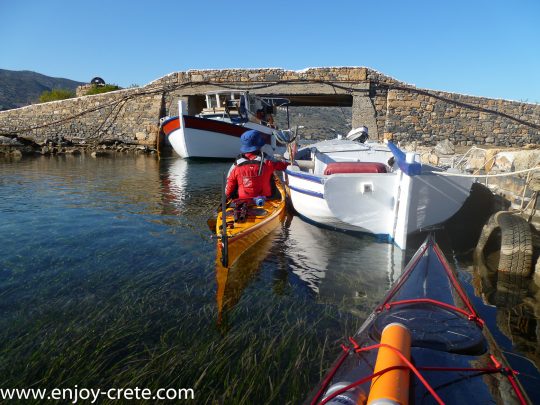 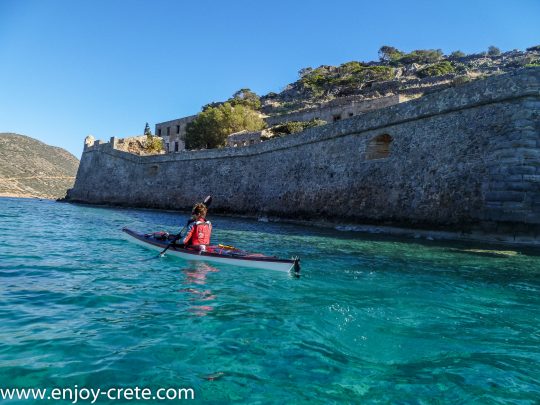 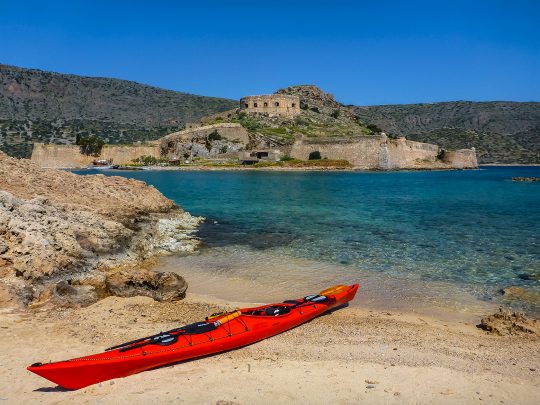 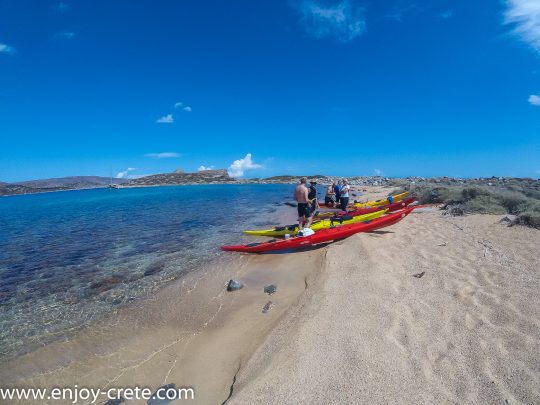 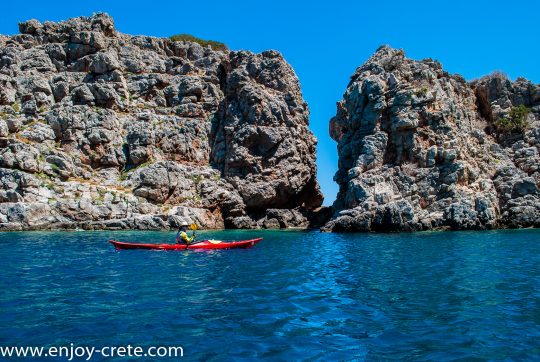 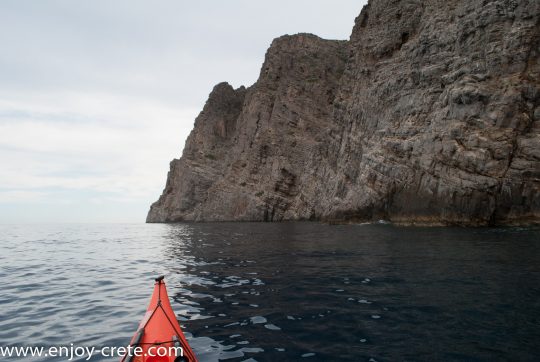 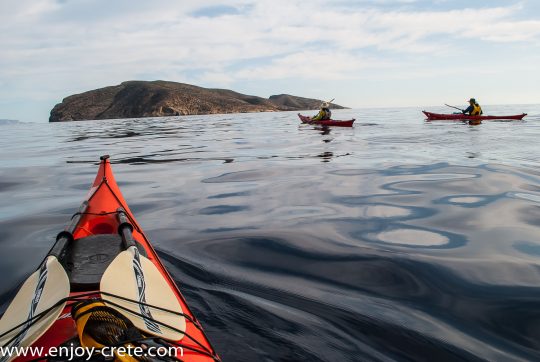 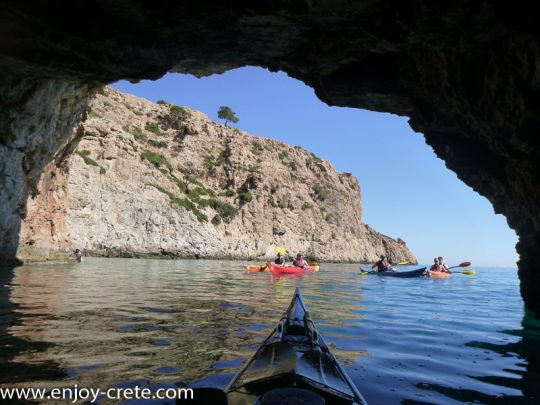 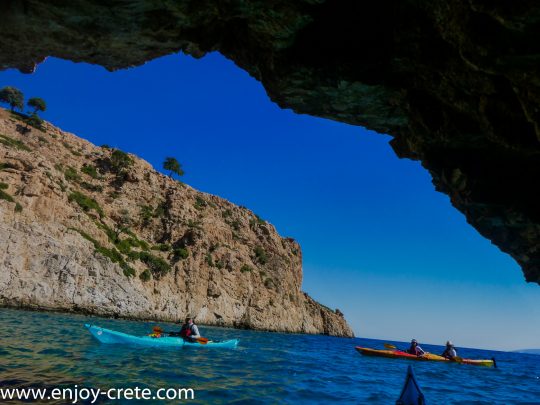 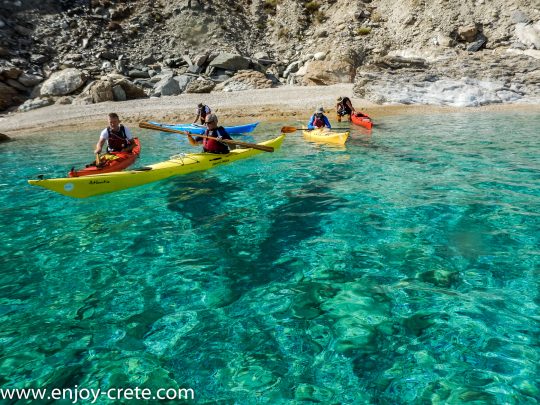 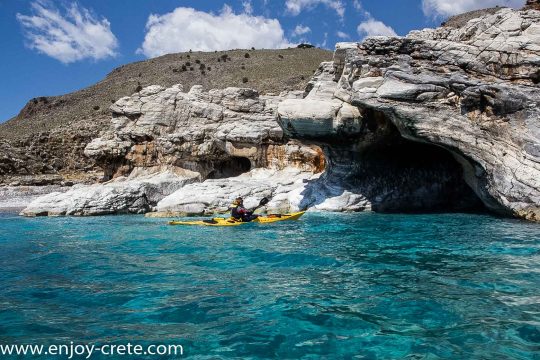 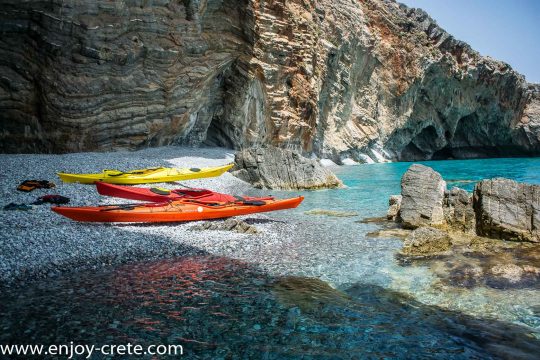 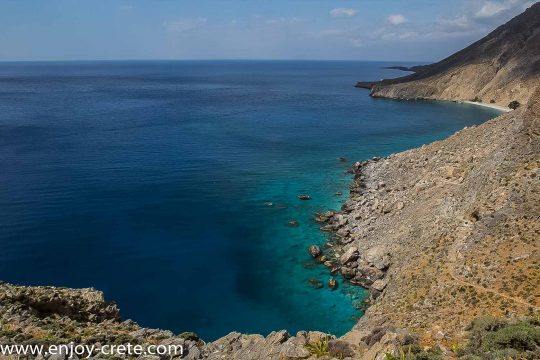 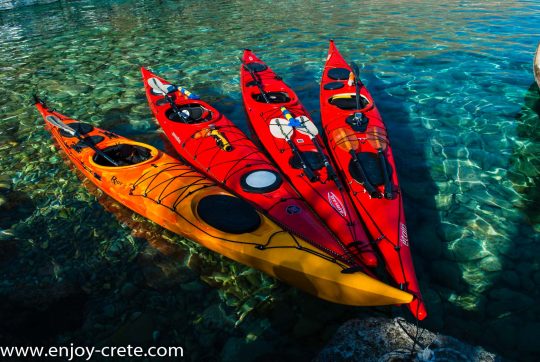 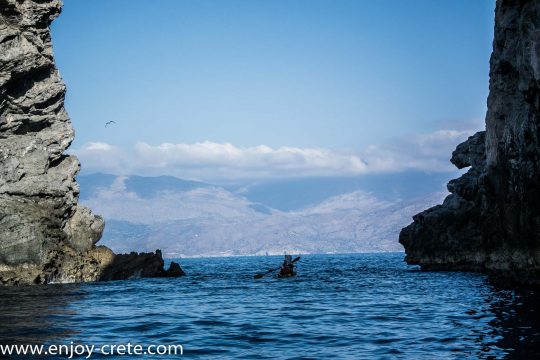 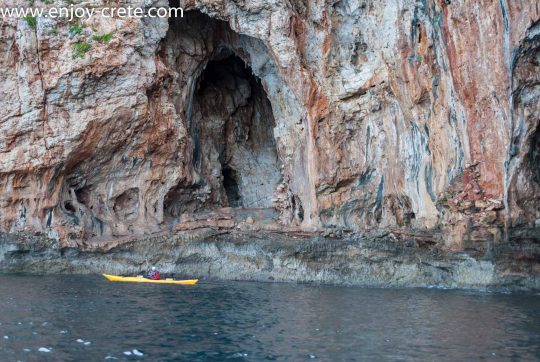 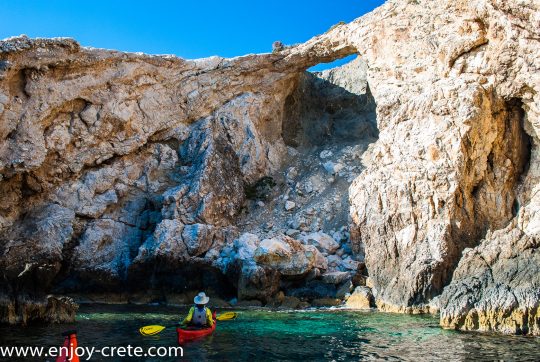 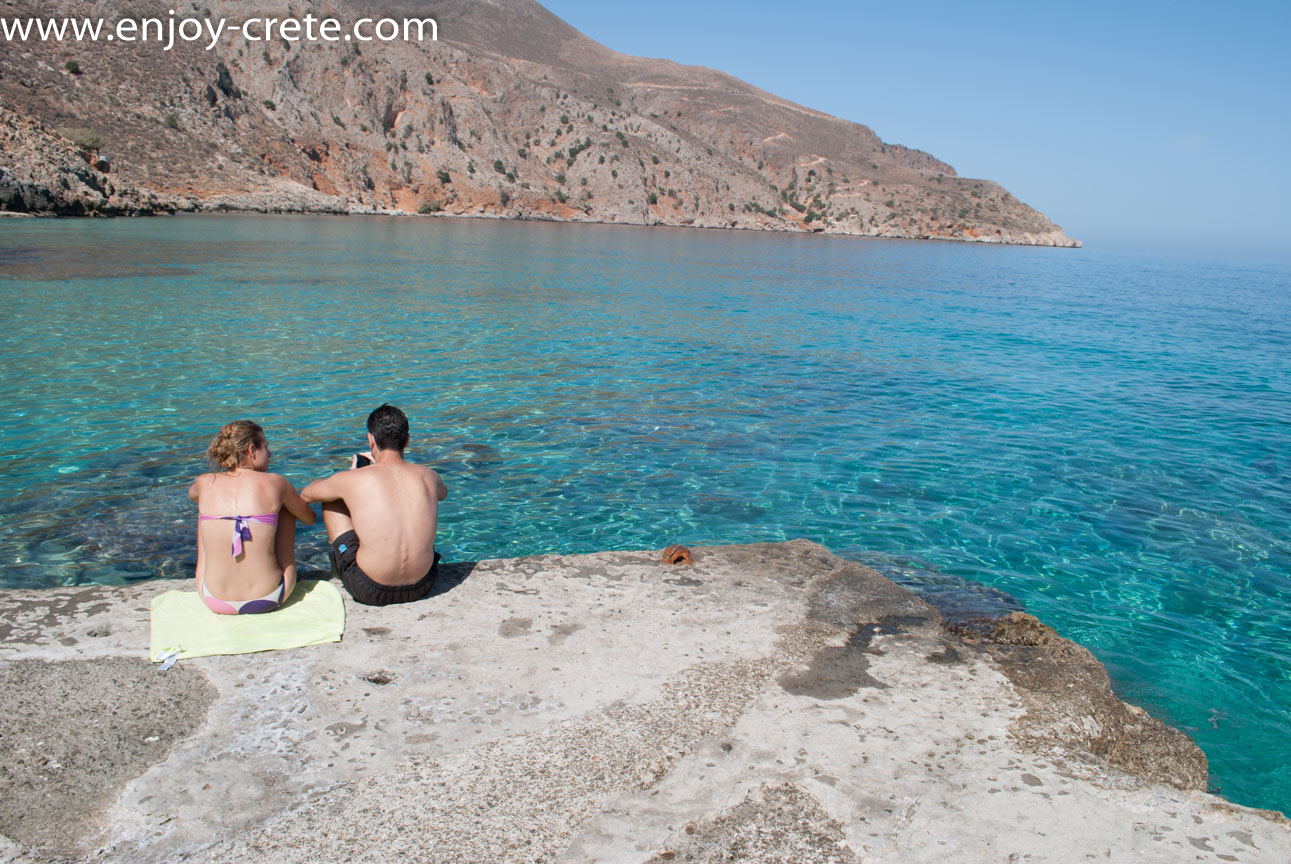